Golden diamonds are forever : june was an intense sessions of coding of our new “os”. more on that bellow. Otherwise we did some gigs, at the the [Mediathèque in Vendenheim]  and at the Diamant d’or and a nice streaming session with Kitty Clock & My Machine Pal for our one year anniversary of [REISUB] 🙂 Also new videos, SUPPRESSION + W32 worm blaster !

Our year long project of making an openframeworks based ui has finally come to terms and will be used live for the first time in Amsterdam on the 17th of june. We are quite excited to try it out, see its potential and work on its limits.
Its a major cornerstone in our approach as we’ve wanted since the beginning an environement that reflects us and is modular enough to be adapted in very different situations.
After loads of sweat, swearing and learning we’re finally there.
Of course this is all going to evolve but first, let’s play with this nice tool we had 🙂


As of this version it features

For the moment it’s not really in a sharable state as it’s very much tailor made to our specific needs but we think about making a more generic version that you can adjust.

Sometimes you are lost in the solos of your players. With this simple function, all players get un-solo.

Another trick, if you need to know the pattern of a specific player arg. 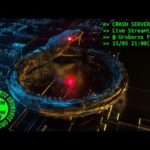 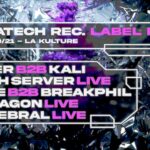 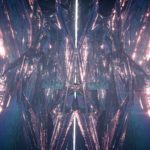 Europa video sources Hi there, I don’t know if you’ve...